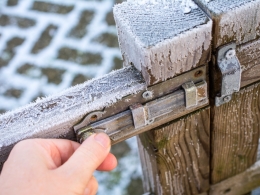 Business interruption insurance covers you for lost income during periods when you can’t carry out business as normal following an unexpected incident.

The importance of business interruption cover

As a farmer, your business is your livelihood. If something happens to your buildings or machinery, you need to get back up and running as quickly as possible. Your standard insurance cover is likely to cover the replacement or rebuild, but it will not cover your lost income during this period.

If your business doesn’t have reserves to keep the cash flowing during this period, then you run the risk of become one of the 80% of businesses that fail within 18 months of a major incident. Business Interruption cover helps reduce this risk*.

Business interruption insurance can cover you for lost income as a result of:

Rural’s business interruption cover is available to cover either lost revenue or increased costs of working (for example, paying overtime in the event of an incident), or both.

Things to think about

An example showing the importance of BI

When a client’s fruit farm building was destroyed by fire, not only did they have insurance for the building, machinery and other contents, they also had business interruption cover. This meant they received nearly £200,000 to cover lost income during the 12 months it took to rebuild their operation. We took into account their previous years’ income but also considered two new major contracts our customer had secured which would have made a positive contribution to their business.